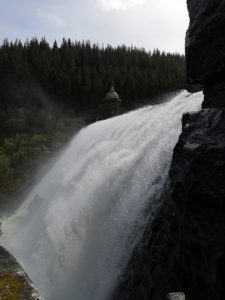 Top of the Dam 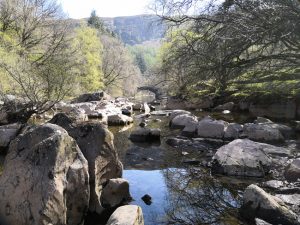 This is the river Elan below Penygarreg Dam 23rd March 2019 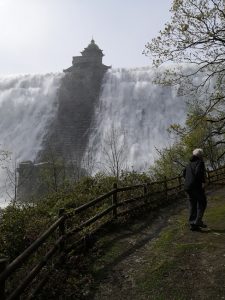 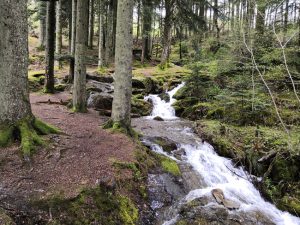 Tributary in full spate over a ledge where a family had been picnicing 5 days earlier. 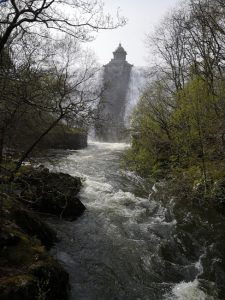 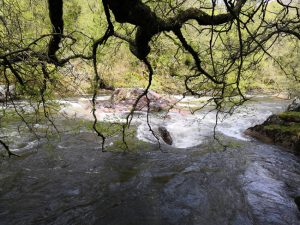 5 days later, this was the same part of the river, the rock in the middle of these two pictures is to the left of the first picture! 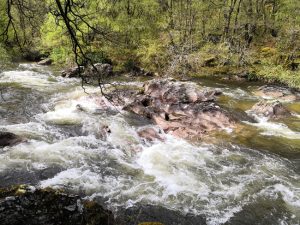 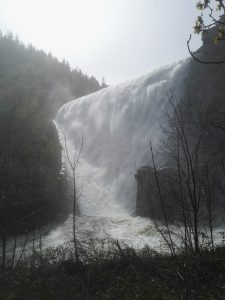 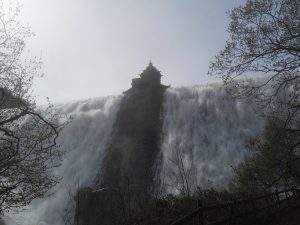 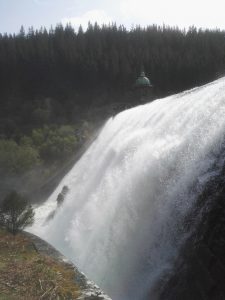